SLIPPERY ROCK, PA – Enthusiasts and engineers across the globe have been struggling for years to make the barrier of entry into crypto easier for the average person, and the

SACRAMENTO, CA – While some wildly successful and others nothing more than fleeting money grabs, Bitcoin forks have run rampant in the crypto space within the last few

SAN FRANCISCO, CA – Controversial cryptocurrency icon, Charlie Lee, has left his Litecoin constituents puzzled after his contentious decision to add “Copy-Pasting” to his

REDDIT, INTERNET – “I can’t believe nobody has thought of this before,” bragged self-anointed ‘crypto g0d’, 16 year old Kevin Wade. “Instead of wasting my time analyzing market trends,

CUPERTINO, CA – Thousands of reports have recently surfaced regarding iPhone screens across the globe suffering screen burn-ins as a consequence of Delta users relentlessly

Opinion: If Men Are Paid So Much More Than Women, How Come My Girlfriend Hasn’t Lost 60% Of HER Investments In The Last Three Months?

To the Editor, Don’t get me wrong, I’m a progressive guy. I listen to The Joe Rogan Experience and even have a soul patch – but I’m calling bullshit on this whole wage gap narrative. Towards the end of last year, I was on top of the world; […] 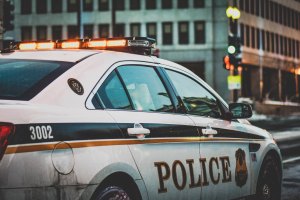 MINNEAPOLIS, MN – Self described “crypto tycoon” Carter Vir has found himself on the receiving end of an enormous financial loss, one among the thousands of new crypto investors that have fallen victim to taking financial advice from teenage YouTubers. “I… I just don’t know what happened,” Vir […]

BREAKING: r/Bitcoin And /r/BTC To Set Aside Their Differences And Come Together To Talk Shit About r/XRP

REDDIT, Internet – Long-time forum adversaries r/Bitcoin and r/BTC have reportedly set aside their differences to talk shit about centralized, real-time settlement system xRapid. Tensions have recently been high in the crypto community, as numerous initiatives and startups have decidedly chosen to work along banks as opposed to against them have been gaining traction. […]

Letter To The Editor: I Told My High School Bully To Buy Bitcoin Back In December 2017, And Now He’s Going To Beat Me Up And Take My Private Keys

To the Editor, Look, in my defense I told him that I wasn’t a financial adviser. Did I say it was a sure thing? Well of course I did, BTC was pushing $20,000 fucking dollars! Brandon reached out to me on Facebook last December telling me how guilty […]